Sons and Fathers in a New Place

“ … in words begin responsibilities.” Louis Ginsberg to his son 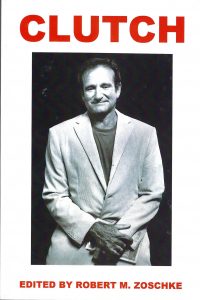 It is exciting to discover the Beat Generation in UP literature far from the Bay Area of the West Coast or from New York City. Since 2013, Robert M. Zoschke, who works in Door County just at the top of the peninsula that butts into the Upper Peninsula of Michigan has published a collection of works devoted to keeping the Beat ideals alive.  These ideas are far from the outcries of “petulant and angry  children” as they are often characterized by readers who are fearful of them, but rather very ambitious and serious writings that reach back through Walt Whitman and Thoreau to the visionary Blake with images from a living and evolving Nature.  I think very fitting for the UP literary ambitions.  Zoschke is a true believer.  In this collection, he even prints a prominent image of a note from Lawrence Ferlinghetti to him thanking him for his work. (21).  At one point in the biography of Ginsberg, used above in the epigraph, Ferlinghetti’s emphasis on photo shoots at his City Lights Bookstore in San Francisco expresses his need to document the literary movement that he knew was in progress half a century ago.  Zoschke emulates that practice here.  Two of his favorite photographers are the Michigan poet T. Kilgore Splake and Christopher Felver, who actually was born in Ohio.  This collection is worth the modest price just for the excellent photos of William S. Burroughs, Dennis Hopper, David Meltzer, Robert Creeley, many fine self portraits of Splake as well as super nature shots.  The cover this year features a Felver photo of Robin Williams, whose skillful and crazy acting embodies everything that Kerouac and Ginsberg wanted to accomplish with performing poetry and with prose.

Clint Eastwood by Felver is another beauty, and this points out how wide ranging the collection is in terms of genre and location.  I think Zoschke wants to tell us that the Blakian visionary inspiration is very widespread and that key themes keep coming back in strange places.  In fact, a great read are the notes on the contributors at the back of this collection.  Dean McClain is described as “woodcarving artisan specializing in fishing lures;” he is not identified with Michigan or Wisconsin but seems, also, to be a hillbilly musician.  A poem of his on death works all this in wonderfully.  The poem ends with a real  “lure” tercet: “this is how/ I wish to end my/ fishing” (p162). Our own beat poet Splake works as well with the pen as with the camera, and as in many of his collections he likes the short tercet.  Here is a great one on the key sense of serious vocation a poet seeks, “becoming a poet/ not making decision/ life chooses us.” (134) .

I think it is uncanny the new voices that are discovered and gathered here in this collection, a tribute to the true vision of life in Nature and to the seriousness of the Beats, who not all fit the same pattern—except in their embrace of visionary possibility.  One new discovery for me is an academic with credentials as impressive as those of T.S. Eliot.  The other unusual find, again maybe a bit like Eliot, worked (died in 2002) as a computer technician at the University of Texas Library in Austin. The academic Sam Pickering opens the collection with a long prose autobiographical narrative; later Zoschke takes more from that On the Road narrative when Pickering talks about “Tottery age” that Kerouac never reached, of course. (148)  The Texan computer librarian, also, has a nice poem in an earlier section about old age.  His name is Albert Huffstickler and the poem title “Act of Contrition”:

“My death tracks me then
like a wolf tracking
A wounded deer….
I walk the night chanting
a litany half-gibberish, the stars inside me now
and reaching out/ touching everything.” (30)

This is followed by a short poem by Walt McLaughlin (a Vermont naturalist): “The liminal edge/ between being and not being/ terrifies me. I want / to live forever / Then nature reminds/ that it does, and that / I am part of it./  Thank god!” (31).

So I think with all these discoveries of voices and images Zoschke is an excellent collector and editor.  Finally, a poem of his own that images a kind of commercial version of the work that he is called to do. The poem is called “The Snake Charmer’s Accomplice”: The fortune teller looked me in the eye / paused a moment / then told me yes / you will have a very long life / but you will have a very hard / and very difficult life….” (75)