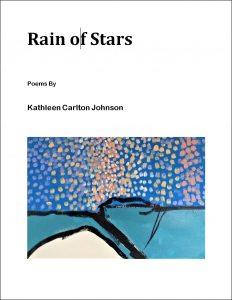 The Academy We Need

In reading this solid new chapbook of poems by a fine poet, whom I had not heard of before, it is clear that being from Copper Country (Laurium) need not confine one to local color work.  Johnson makes use of ideas, images and tones across the whole spectrum of “academic “ poetry from Elizabeth Bishop and Robert Lowell to Mary Oliver.  An early poem in this collection that deals with teaching art classes near Williamsburg Virginia, where Johnson went to college, expresses what we now call “critical race theory.”  She comprehends marriage in the same complex way that Bishop and Lowell do but with an amusing UP slant in a poem titled “Hunting Season”:

Her poems are full of ideas and dabs of color (she does her own illustrations) worthy of the French Impressionists.  Several poems here are set in the milieu of New York City culture.

Johnson knows and talks about how poems work as what she calls the “shorthand” of literature in general.  One that she titles “Poet to Poet” is even more explicit:  “words swimming in intellect/ communication woven with paper and pen/ Observing human roundness” p.13

Here are the wonderful last two sections of a poem about an academic poetry reading downstate with the title “Donald Justice Reading, in Kalamazoo, 1998:

“Determination/in scuffed shoes, the swollen mention of Plato or perhaps
he creased poems based on Rilke.
Justice beaten into words, the aged man, consumed by language.” P. 21

This crisp and tidy small collection ends with what would usually by an epigraph, but she puts it at the end, from something by former U.S President John F. Kennedy,

“When power leads man toward arrogance,
poetry reminds him of his limitations.
When power corrupts, poetry cleanses.” P. 26

A nice UP sort of poem earlier by Johnson that she calls “The River” says roughly the same thing to make her point and JFK’s: 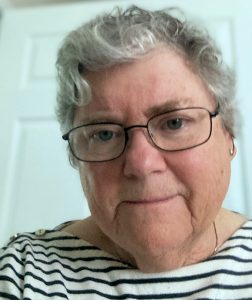