In the Night of Memory by Linda LeGarde 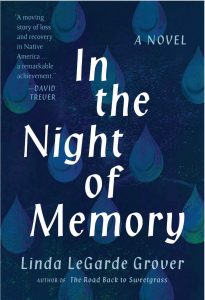 Linda LeGarde Grover’s new novel, In the Night of Memory, is a powerful and moving story about two young girls who lose their mother. Dedicated to “the missing Native women and all who grieve them,” it reveals a side of Native American life that is real, painful and largely undiscussed outside of Native American communities.

Set in Minnesota, the book revolves around two young girls, Azure Sky and Rainfall Dawn, whose mother, Loretta Gallette, finds herself compelled to surrender them to the county because she can no longer take care of them properly and is being pressured to turn them over. The result is that Azure and Rain lose all track of their mother as they are passed from one foster home to another. In time, they barely remember Loretta but keep hoping she will reappear in their lives. The novel’s title, In the Night of Memory, refers to one specific beautiful memory they have of her when she watched the northern lights with them.

In the Night of Memory is realistic fiction at its finest. It takes a little work to get into it, but then it opens up and blossoms in surprising ways. The reader might be a little confused early on at the plethora of Ojibwa relations the girls have and how to keep them all straight. To some degree, it felt like going to a family reunion and meeting a family you never knew you had and finding some of its members are rather dysfunctional. Thankfully, the author provides family trees of all the characters and everything soon starts to make sense. I felt like Azure and Rain myself as I adapted to the novel and made sense of who is who and came to appreciate these people.

This is not exciting fiction. There is no adventure, no great love story, no thrills. This is a tale of loss, of caring for others who cannot care for themselves, of trying to right a past that is deeply wrong and of acceptance that life is never easy. It’s a tale of how, despite life’s hardships, people continue to hope, find happiness, try to find where they belong and learn to be grateful for what few good things come into their lives. To some degree, it felt to me like a Native American version of an Anne Tyler novel, where the characters ultimately find meaning in their lives amid the chaos, dysfunction and curveballs. By the end, I was deeply moved, wishing I could just hug the two main characters. Anyone who has lost a loved one—whether to drugs, mental illness or unexpected death—will testify to the truths encapsulated in these pages. I hope In the Night of Memory becomes a classic of Native American and American literature because it so perfectly captures a time and place in our history and preserves it for us, hopefully reminding us not to repeat the past. 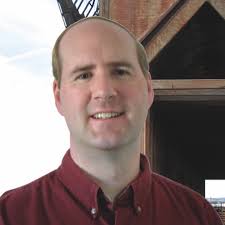 — Tyler R. Tichelaar, Ph.D. and award-winning author of Narrow Lives and Kawbawgam: The Chief, The Legend, The Man