Home Adult Fiction Short Stories West of the River, North of the Bridge by Richard Hill

West of the River, North of the Bridge by Richard Hill 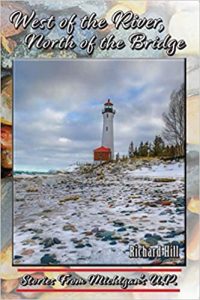 West of the River, North of the Bridge is the second (following Hitchhiking After Dark: Offbeat Stories from a Small Town) in Rich Hill’s series of short story anthologies about life in the Upper Peninsula of Michigan. Hill is a small town storyteller in the tradition of Garrison Keillor or Tom Boudet. He spins yarns about life in the far north, where economic opportunities are limited for most people even while a bounty of nature surrounds them. Indeed, an underlying theme in many of the stories is the struggle to make ends meet, whether it is a single mother getting by on waitressing or a woodworker trying to carve out an existence on the art fair circuit.

Depending on your knowledge of U.P.’s geography, the title West of The River, North of the Bridge might or might not mean that much to you. The “river” in this anthology is the St. Marys River, which runs through Sault Sainte Marie, and the action takes place there as well as in western Chippewa County.  The “bridge” is of course the Mackinac Bridge, which any Michigander worth his salt knows. Having not visited the “Soo” (as we lovingly call that city on St. Marys) since I was a boy, a few of the geographic features, such as the Edison Sault Power Canal, which is the site of a poorly planned inner tubing ride by teenagers, took me by surprise. Another hair-raising tale involves two teenage boys trying to paddle up the St. Marys in a small skiff with a dead outboard motor as night falls and a 600 foot lake freighter bears down on them.

The action in these 20 stories spans much of the eastern U.P. as well as some areas downstate, such as Traverse City, Alpena and, at one point, as far south as Ann Arbor.  Residents of the area will be tickled to see local landmarks, such as the Kewadin Casino, Crisp Point Lighthouse, Antler’s Restaurant and Ashmun Bay, as well as the towns dotting the shore of Lake Superior, including Marquettte, Brimley, and Pickford. Additionally, Manistique and  Negaunee also make minor appearances, as well as the aforementioned Soo. 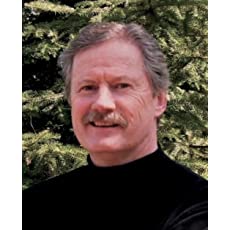 Hill often likes to set stories in the dying days of summer, as characters ponder what they will do with the remaining days of pleasant weather before six months of winter sets in. In the earlier parts of the book, the stories are set in the late 1960s, 1970s and 1980s; later stories are more contemporary and span the 1990s through present day, as characters struggle with the vagaries of online dating as well as other modern problems.  Overall, the book is divided into three parts:  Rebellion, Pursuit and Regrets spanning three eras of life – teenage problems, young adults struggling to figure out the meaning of their lives and middle-age malaise.

Personally, I favored the stories of Jake and Jeremy Powell, as featured in the opening gambit of skiff vs. freighter mentioned earlier. As a somewhat out-of-control teenager myself, I can relate to their quest for adventure in summers without anything much to do. Another nail-biting story follows this bunch of teenagers as they try to navigate the consequences of a poorly planned scouting trip, where they make the huge mistake of raiding a neighboring cabin for food after a bear pilfers their supplies. This particular grouping of stories has high stakes and so makes for the most compelling reading, as compared to the other plots involving problems such as embezzlement or mismatched relationships.

It’s not a stretch to say that most of these stories are morality tales, which is to say the stories wrap up with the main characters learning a valuable lesson, often after months or years of struggling with their issues. Examples of this include a divorcee house-cleaner whose hoarding issues lead to tragedy, a widower and former bossy small business owner who must learn how to listen to women to build a new relationship and an accountant turned embezzler who uses purloined funds to fuel his gambling addiction. Some are subtler, such as the struggle to live with a spendthrift spouse or the regretful wallowing of a husband and father who spent too many decades plying the great lakes in a freighter. Just a few are political, bringing down a harsh polemic against the Vietnam War.

West of the River, North of the Bridge would be a great gift for anyone nostalgic for the Eastern U.P. The stories fly by quickly and cover folks of all ages, occupations and temperaments. Chances are, you will see yourself, a friend or close relative in this volume of parables of life in the North. I give it a score of five pasties! 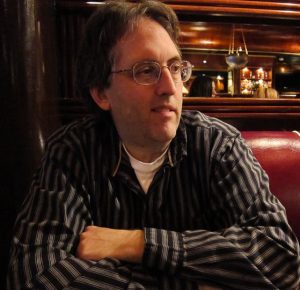 Victor R. Volkman is a graduate of Michigan Technological University (class of ’86) and a long-serving member of the Board of the Upper Peninsula Publishers and Authors Association (UPPAA).  As Senior Editor of Modern History Press, he has helped shepherd the U.P. Reader anthology since 2017.  Volkman is the author of several books on various subjects including psychology, computer programming, and history.  Send your book review suggestions to victor@LHPress.com.