Memoir of Family Dysfunction Captures a Time and Place in U.P. History 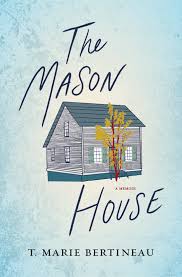 Marie Bertineau’s new memoir, The Mason House, published by Lanternfish Press, shares the author’s story of growing up in the 1970s through to the present. The title references a house in the small community of Mason, a former mining town in the Keweenaw Peninsula, which belonged to the author’s paternal grandmother. Theresa grows up in a family with two brothers and a father—all of whom have passed away—two older sisters, a mother, stepfather and half-brothers. Her family is a typical mix of Upper Peninsula ethnicity, with Native American, French Canadian and Cornish ancestry. Her parents’ alcohol consumption and other dysfunctional behaviors make Theresa’s life rather chaotic at times, but she finds comfort visiting her grandmother on weekends.

The scenes with the grandmother were definitely the book’s most colorful, as well as comforting. Theresa’s grandmother lived simply in a house without a bathroom, so they used the outhouse or chamber pots. Grandma’s life wasn’t glamorous, and sometimes it was also a bit dysfunctional, marked by cigarette smoking and a short-term, live-in boyfriend. But most of the time, Theresa found normalcy with her grandmother, spending time playing cards with her and treasuring the homemade Barbie clothes she made for her. These scenes will bring back memories for readers of their own grandparents, especially if they grew up in the same time period and in the U.P.

Eventually, Grandma dies and Theresa’s family moves, spurred on by her mother finding a boyfriend and leaving for West Virginia with him, taking along the children. Eventually, however, Theresa’s parents reconcile and the boyfriend is cast out. As Theresa moves about with her family, she struggles to find her identity. One of my favorite passages in the book resulted from her experiences attending school in Texas, where her darker skin caused her to be segregated within the classroom with the Mexican students. She states, “I was a Chippewa. An American Indian, by God. If I was going to be discriminated against, it would be on my own terms.” 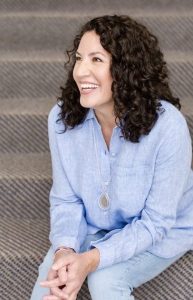 As Theresa grows into adulthood, she also tries to become her own person, while protecting her younger siblings from her parents’ drinking and the resulting arguments. She finds love herself and raises a family, and she comes to realize she is codependent as a result of her family’s dysfunction. She learns how to break generational cycles of dysfunction and also not to accept the stereotypes often inflicted on Native Americans. For example, while alcoholism has affected her family, she learns that 60 percent of Native Americans abstain from alcohol, while only 43 percent of whites do so.

In the end, Theresa moves back to the U.P. with other family members. She learns to make peace with her past and her parents. She also begins attending Native American ceremonies and embracing her Ojibwa culture, including its spiritual beliefs; she even learns to interpret dreams and begins seeing spirits. Throughout her life, she has sensed her grandmother continuing to watch over her. At times, she feels her grandmother is influencing her actions, including bringing comfort to other family members.

The Mason House has been compared to other memoirs about dysfunctional families, like Jeanette Walls’ The Glass Castle, but it reminded me most of Linda LeGarde Grover’s new novel, In the Night of Memory, which I previously reviewed here at the UP Book Review. Like that novel, The Mason House is a story of healing within the Native American community and trying to restore a culture that was destroyed by the “settler culture.” It is also a story about people learning to love and take care of each other, despite life’s difficulties.

Bertineau writes with grace and polish that makes the book easy and entertaining reading. The pages are filled with little nuggets of truth about life. She is never preachy or sensational, nor does she attempt to exaggerate meaning from events, which lesser writers might be tempted to do. She simply says what she needs to, capturing a time, place and personal story that is authentic and all the more powerful for its simplicity. Beyond one woman’s life story, it is also a slice of UP history that I think will be of interest to historians and sociologists for generations to come.

— Tyler Tichelaar, PhD and award-winning author of Kawbawgam: The Chief, The Legend, The Man, and When Teddy Came to Town