Home Historical Fiction The Wolf and The Willow By Robert Downes

The Wolf and The Willow By Robert Downes 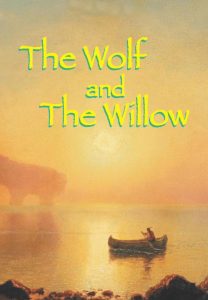 “Of the 500-some men and women who set foot in Florida in 1527, only four survived after wandering for eight years across the American Southwest.”

The only realistic comparison that we can make today to the men and women who traveled across oceans to “discover” the new world is space travel.  The idea that we leave our homes, or in the latter case planet, with no clear sense of our destination, based on the hope that we will not only find riches but be able to return to capitalize on said treasure is almost inconceivable in our interconnected world.

In The Wolf and the Willow, Robert Downes takes an actual voyage, that of Pánfilo de Narváez, and expands upon it.  The story follows a woman, the child of “an Arab Bedouin and a negress out of Timbuktu”, named Willow, who is stolen by slavers from her perch above a sheep herd and sold to Captain Cabeza, a Spaniard hot on the trail of rumors of gold in the recently discovered country of Florida.  Willow convinces the captain that she can take care of the animals on the voyage, including his prized horse Montoya and the war dog Dràgon.

On the other side of the coin we have Wolf, a club-footed shaman of the Ojibwe tribe near Sault Ste. Marie, MI., who is sent on a mission by his mentor Wabeno to find a dreamlike creature called the sunktanka.  Wabeno dreamed of this creature, like an elk without horns and with the hair of a woman on its head and tail.  He is convinced that Wolf can find it, and sends him west and then down the great Misi-Ippi river towards the great salt sea, on a mission to bring it back.

Wolf is a tenacious and smart character, cunning in the ways that he’s been taught, quick to learn, and a teller of tales.  He is set up as a trader, his canoe filled with the spoils of his country, hides and copper, and with these he will barter his way south.  But it is his ability to entertain with stories, to tell tales that will keep the natives around him captivated, that is his main fare for trade, and in this he trades heavily, both giving and receiving tales, all the while building a mythology all his own.

The parity between Wolf, a native Ojibwe, exploring the country of his birth, and Willow, and Islamic slave bound to the intruding Spaniards, is a fantastic way to read this book.

Fictionalized histories are not unusual.  There is a great industry built around the historical fiction genre, and there are many that deal with Native Americans and those that would seek to take the newly “discovered” Americas for their own.  Many tales have been told.  Robert Downes has chosen to tell it again, and he has done so masterfully.

I never know what to expect when picking up a historical fiction book.  Often they come off as dry, devolving into historical treatises, explaining minutiae that don’t have bearing on the story.  Downes doesn’t do that.  The minutiae he explores directly affects the characters, it draws the reader in while explaining how the Anishinaabe people did things, as well as how the Spaniards conquistadors operated.  Spoiler: the Spaniards are not the good guys, but that doesn’t mean you don’t feel for them.  Downes writes them just as passionately as he does the natives, though their motivations are far less positive than those of the natives.  The men who were selected for these journeys were often not pleasant people to begin with, and months of hard work sailing a ship and the starvation, violence, and terror they disembarked into when they landed would be enough to make most people’s moral compass spin.

I found The Wolf and The Willow to be utterly readable.  The history was well researched.  The story fit into it just as neatly as you could ask for.  This is the first book I’ve read by Mr. Downes, but it won’t be the last.  I highly recommend The Wolf and The Willow for any fan of historical fiction.  The book will appeal to readers who don’t shy away from the nasty truths that we all share as Americans, and to those that want to remember a time when Natives were the only Americans on the continent, and the way they lived with the land and for the land was a primer on how to exist with nature.