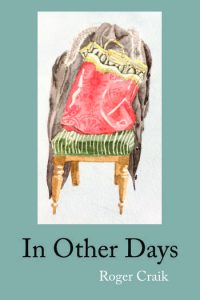 My friend and colleague, Roger Craik, has a very nice poem on A.A. Milne in the new collection of his poems In Other Days but this review must focus eventually on Splake and the evolving literature of the UP.  Craik is not a Yooper.  Splake clearly is, however, as most readers will know.  This hardcover volume of his work published by Shoe Music Press is dated a year ago so the slow and elaborate start to my review as well as its presumption to cover general topics of literature may be justified in its omnibus length by this lapse of time.  In any case, I will get to Splake, as I have in the past in these reviews.  But I begin with what I see as the larger view of poetry and with what I see as the “specialness” and necessity of being a poet for writers like Splake and Craik, who may never be nor are yet major literary figures.  Like all of us, I am a fan of the major figures.  I heard T.S. Eliot read once at the Hebrew Y on the eastside of Manhattan.  I stood next to W.H. Auden at the intermission of a medieval play staged at Union Theological of Columbia University.  I watched Ginsberg and Gary Snyder work the rooms full of students at Kent State University.  But mostly I have admired and worked with many less “branded and famous” writers who seem willing to sacrifice nearly everything else in order to cast themselves as poets, who have a strong and inspirational sense of lineage and generation.  So let me begin with the “begats” and, then, end with Splake as a Yooper.

Both of Roger Craik’s parents were major academic and literary persons.  His mother as scholar, in particular, appears in many of his poems.  Craik trained himself to follow in the footsteps of his parents.  He was an expert on 17th-century British literature – a fine book on Sir Thomas Urquhart of Cromarty (1611-1661); and his parents must have been proud of him.  He gave up all that work, however, in order to “make things” as he says, to be a poet. The sense we get in this latest of several books of poems of his is that his voice always remains as the “boy” in an unuprooted world.  That is why, I think, the A.A, Milne poem is so important.  That strange “made” word “unuprooted” appears there.  Addressing Milne (1882-1956), these lines appear early, “Born the year you died,/ I’m reading you in bed, just as I did/ when I was four…. P. 40  He ends this poem as though he is Christopher Robin speaking beautifully, “a dormouse curled asleep, his paws/ tight against his eyes… envisioning at ease/ an unuprooted world of reds and blues,/ a world where no one’s there but him.” Pp 41-42 This is real escape into a dormouse world (our Westie pups sleep the same way).  The outside world beyond the Pooh world is harsh and predatory—even for poetry, maybe especially for poetry.  Several pages farther on he includes two short poems on facing pages about the predatory world.  Both include dates of years in their titles; and the problem, of course, is not only time but also competition.  The second poem is titled “Letter to a Poet in 2006” and ends, “Some will know you for the first time then/ as someone never heard of, someone to be read./ But that’s not yet. There still is time for me to say/ you’re a kind woman, Maxime Kumin, and you wrote to me.” P. 51 Clearly, the kinder world is always the cozy world of small, sleepy creatures that we see in the poem to A.A. Milne. 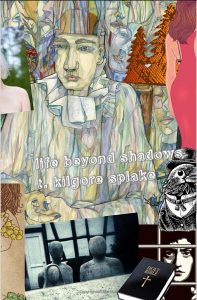 Craik is no Yooper.  But he does seem to isolate his work into a nice bubble of the poet; and I think the importance of this isolation and this work is that it establishes the foundation for a real literature of its own.  Craik makes something out of his word art and it is this “making” that reminds us of Homer and of Vergil and of all the other poets.  He is not just an analyst of how this is done.  He is a “maker.”  As I have discussed in other reviews of earlier work (actually later) work by Splake, he not only retreats to safety of the “mother” he, in fact, adopts a new name to align his work with the basic animals—and the harsher, more Yooper creatures.  “Kilgore Trout” is a name borrowed from the Kurt Vonnegut playfulness in science fiction.  But Splake makes it a strange sort of trout. I read that the female Lake Trout in Superior breeds with the male brook trout, and the engendered Splake are often caught by Yoopers.  I find this very funny (just like the science fiction reference in his name) because Lake Trout are fairly large fish while brookies are small.  But it is, in part, this same stubborn persistence that makes Splake so important for what is going on in UP literature.  Like my friend Craik, Splake is willing to turn his back on everything in order to make things in his own voice.  This book for some reason are all Haiku, and in other works of his that I have seen he likes tercets.  Look at the following catalog of both institutions and activities that are, more or less renounced, in order to preserve the integrity of voice: teaching, marriage, chemo therapy for health, religion, even briefly turns his back on his favorite Beat writer Brautigan.  Finally, one nice haiku in which (like Craik) he momentarily renounces fame.  And this is an interesting haiku because it violates haiku form itself by putting the 7 syllable line in the third position, “alone in forest wilderness/ splashing stream water on face/ washing away self-importance” p. 145  He is good.