The Inception of the Combined Colonies by Deborah K. Frontiera

What Can a Future World Dominated by Insects Teach Us About Ourselves? 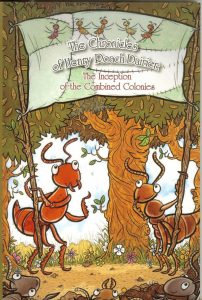 Chronicles Part IV – The Inception of the Combined Colonies

Deborah K. Frontiera’s fourth book in the ongoing Chronicles of Henry Roach-Dairier, subtitled The Inception of the Combined Colonies, is a wild, post-apocalyptic story of the conflict of two races of beings.  This dystopian world is set in the far-flung future after humans despoiled the environment to the point where only insect life and some plants can survive. In this new world order, called “Insectia,” appropriately enough, the humans (“Two Pods”) are long gone and mutant ants and cockroaches compete for the scarce resources that remain. The ecological disaster has allowed, or perhaps created, insects of gigantic proportions compared to what we know of today, increased in size more or less to a sort of human scale. This mutation is perhaps related to the longer lives they lead, again closer in length to humans.

In an ironic twist, the McGuffin on which the plot rests is a scarce resource equally desired by both species: non-biodegradable plastic waste from human civilizations.  In this universe, these salvaged plastic rations are absolutely critical to the brain development of young ants. The absence of this nutrient makes newborn ants unable to learn basic skills, such as reading and writing, and therefore they can barely be trained for menial work.  Indeed, the fate of the colony rests on the ability to keep the scavenging viable to the point where shortages induce them to completely stop reproducing. Although the two races have developed tools and simple trades, like farming and textiles, they are hundreds of years from plastic production.

The insects in this world have been endowed with intelligence and compassion by a Gaia-like deity called “Essence” who bestows these specific virtues on ants and roaches because they are the most viable races after the apocalypse.  A point of contention throughout the book is the creation myth that the roaches accepted only intelligence and fled before they could receive the gift of “compassion.” The reader can decide whether or not this is true.  The tenets of “Antism” are a basic form of collectivism, perhaps sort of a proto-socialist society where the colony takes care of everyone and everyone chooses a vocation to forward the goals of the colony; contrast this with roach civilization, which is an amalgam of feudalism and capitalism.  The roaches have a strong class system and also corporate structures complete with investors and other trappings. Unfortunately, the roaches believe in a racial superiority where they have no compunction against enslaving the generally weaker ant colonies.

The Inception of the Combined Colonies takes the reader through two timelines in alternating chapters or fragments of chapters. The world of Henry Roach-Dairier is about three generations removed from the Inception, which is taking place as if in real time.  Henry is a researcher and writer bent on discovering the remains of a long lost colony supposedly decimated by roach incursion. Forces are arrayed against him, exposing the true history of the conflict of the two races. The Combined Colonies become the only survival response against roach aggression – uniting the characteristics of disparate ant subspecies: dairy ants, fire ants and harvester ants must set aside their differences for the common good to throw off the growing yoke of oppression. 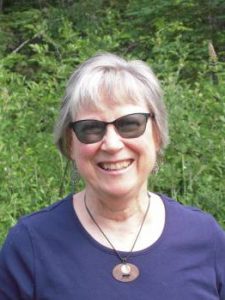 Adding another layer to this fantastic scenario, the ant hives have spiritual leaders who at first capitulate to the demands of the roaches. Little by little, their autonomy is erased because they have displayed sympathy for immigrant roaches joining them side-by-side in the colony. A language barrier between them means that only Rashad, a roach, can interpret both of the native languages of ant and roach, a perquisite that he protects carefully to exert control. The spiritual leaders of Antism espouse non-violent protest and get their guidance through dream-state communication with Essence.  Indeed, Essence begins transmitting similar dreams to these gurus in multiple ant hives and so real cooperation becomes a possibility between hives.

The Chronicles of Henry Roach-Dairier brings together two disparate and equally popular subgenres of Young Adult literature: post-apocalyptic and anthropomorphically enhanced everyday creatures.  As such, it follows a rich tradition, not the least of which are Orwell’s Animal Farm, Richard Adams’ Watership Down and Suzanne Collins’ Underworld Chronicles (which also features a noble species of giant cockroaches!). Fans of any of these books will discover a unique world where epic battles will determine the future of civilization, making for great escapist reading. By depicting a truly alien world, Deborah K. Frontiera’s Chronicles somehow manages to address the choices that make us human (or not): compassion, tolerance and cooperation—values all desperately needed at this junction in the history of mankind.