What happens when a self-proclaimed prophet predicts that the world will end in two weeks? 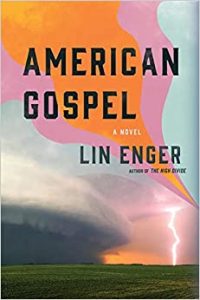 That is the inciting incident for Lin Enger’s American Gospel, a 251-page novel set in August 1974, the same month Richard Nixon resigned the presidency following the Watergate scandal. The primary setting of the novel is Last Days Ranch, a fictional farm in northern Minnesota that borders on fictional Last Lake. Enger’s strengths are character, dialog and setting.

Three primary characters populate the story. Enoch Bywater, an elderly farmer-turned-preacher with no ministerial credentials, transformed his farm into a religious commune in the mid-1960s. His personality reminds me of Lawrence Welk, a benevolent despot with a sensitive side who interferes in his adult son’s life. As the story opens, Enoch has suffered ventricular fibrillation, a deadly arrhythmia. Using paddles, emergency responders restarted his heart twice and transported him to the hospital. Enoch’s longtime assistant at Last Days Ranch, Victor, phones Enoch’s son, Peter, a journalist in New York City, with the news. 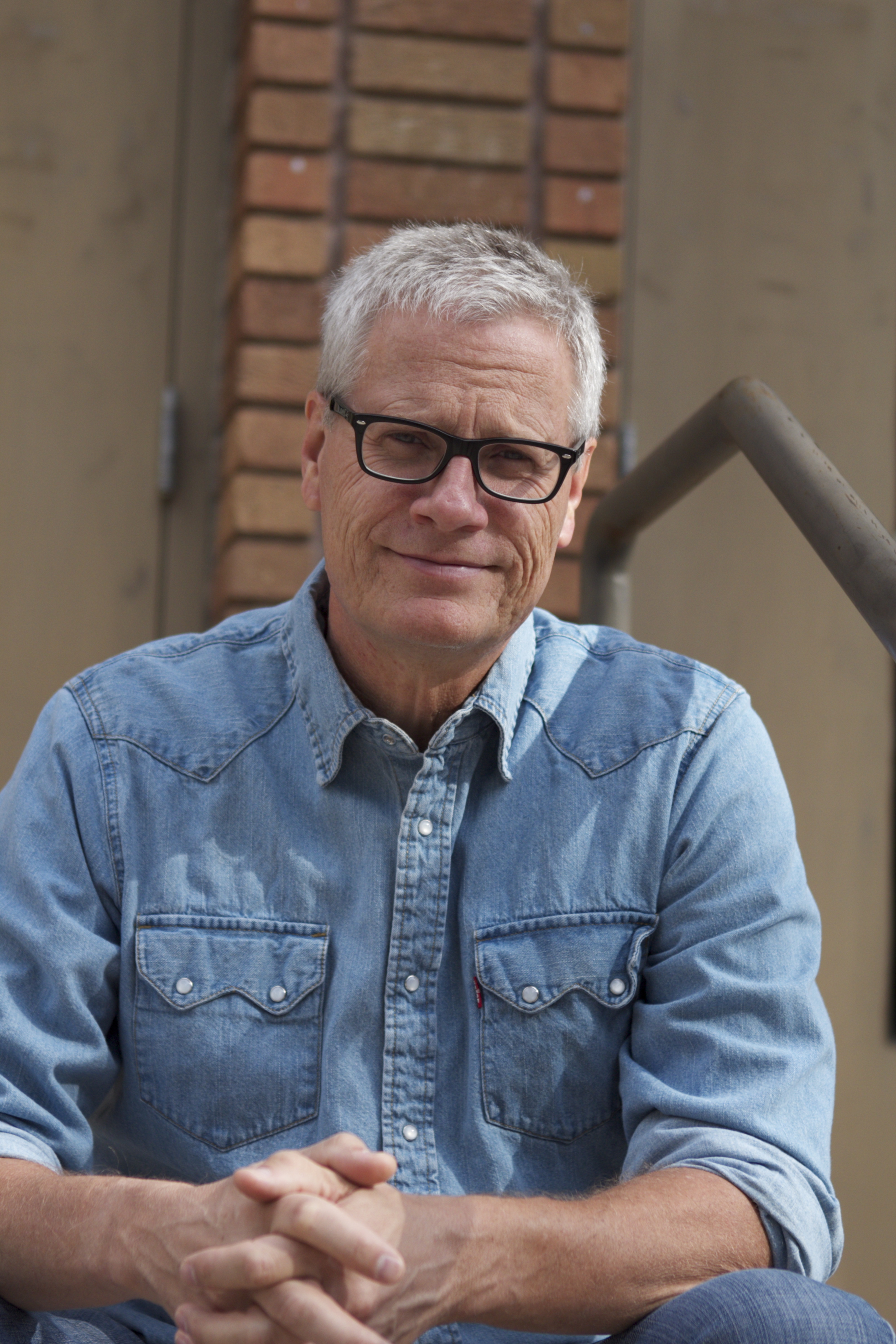 Peter’s reaction to his father’s health crisis sparks instant anger. Enoch is in the hospital at the most inopportune time in Peter’s faltering career as a journalist. Right when he has been offered a potential career-changing assignment in Washington, D.C., he must rush off to Minnesota to witness his father’s last few days and/or plan his funeral. Once at Enoch’s hospital beside, Peter learns that his father had a vision during his sudden cardiac death. The Rapture, the day Jesus will come to take his followers to heaven, will occur on August 19th, and Enoch plans to tell everyone who will listen.

Meanwhile, in Los Angeles, Melanie Magnus, a movie star, suffers back and neck pain resulting from an accident. Her severe discomfort led to a dependence on Percocet, which she constantly craves. In addition to addiction and a failed marriage, her newest movie is scheduled for release in September, and she must prepare for a press conference. However, her thoughts drift back to her Minnesota origins and her first love, Peter, who was “greedy to know her instead of merely greedy to have her.”

Enger has a special talent for developing his main characters. Attention to minute physical details and subtle emotional nuances bring them to life and make them believable.

Enoch, very much alive, is propped upright, knotty forearms crossed in front of him. Against the bleached pillows, his long white hair has a yellowish tint, but his eyes, sapphire blue, possess their usual otherworldly glitter…

… The trouble begins in the region of Peter’s heart, panic at having to oppose his dad’s tremendous will. A rhythm starts inside his head, a little two-bar, syncopated beat that moves to the fingers of his right hand, which drum soundlessly on his leg. “You’re such a pain in the ass, Dad,” he says. “Do you know that?” …

… [Melanie Magnus is] lying on her back in the deep end, slathered with sunscreen, teardrop glasses shading her eyes, legs extended past the end of the air mattress. Her salmon-pink bikini is textured with a pattern of gold stitching that gleams in the hard sun. … The top of her spine, where it joins to her skull, begins to beat in time with her heart, each pulse a tick of pain.”

In addition to the three main characters, the story is populated by a plethora of secondary characters. These minor characters are also skillfully described, but there are so many of them, it’s hard to keep track. One character shows up on pages 11-15, and not again until page 244. I had to go back to figure out what his relationship was to Melanie Magnus.

Dialogue is never contrite. Well into the book, in a scene Melanie shares with her abusive brother, Skinny, he saves her from harassment by a photographer, tossing the man’s camera into the woods. The thud of the camera on the ground raises painful memories for Melanie and she makes her exit.

As the photographer stumbles off in search of his camera, Skinny turns to look at her, his face old and young at the same time—outsized, misshapen, angry, vulnerable.

“No need to thank me,” he mutters.

Regarding settings, Enger has an interesting way of describing a location as it relates to the circumstances. After a worship service in the aviary, he writes, “…swallows and pigeons darting and swooping like correlatives of the Spirit.”

The weakest part of this novel is the ending. It lacked reader satisfaction. I felt like it needed another chapter to wrap things up. Many characters and relationships find no resolution, or one that is so subtle, the reader is still left wondering. On the jacket, one reviewer said, “ … it culminates in an ending for the ages.” That’s one way to spin a woefully inadequate ending.

Lin Enger is a graduate of Iowa Writers’ Workshop, one of the toughest, most revered writing schools in the nation. In so many ways, Enger exhibits a high degree of skill learned in fiction courses, but I have to wonder if he skipped class the day his professor discussed resolutions.

For readers who won’t be disappointed by the non-existence of plot resolutions and who appreciate a story with a Christian narrative, or simply like the era of the 70s, American Gospel is a good read.

Donna Winters has been a published writer since 1985 and is the author of the Great Lakes Romances® series. She has over twenty titles in print and has been published by Thomas Nelson Publishers, Zondervan Publishing House, Guideposts, Chalfont House and Bigwater Publishing LLC. Learn more about her and her books at amazon.com/author/donnawinters.