Home Fiction / Mystery Revelation at the Snows by A. Jay

Revelation at the Snows by A. Jay

Murder Most Foul in Les Cheneaux 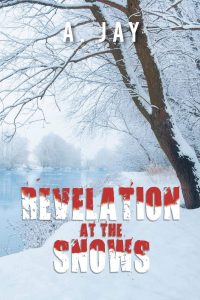 Revelation at the Snows

Revelation at The Snows is the second book of the Sherriff George Kaughmann mysteries. Kaughmann is based in Cedarville, the town closest to the Les Cheneaux archipelago in Mackinaw County and about 30 minutes east of St. Ignace.  Les Cheneaux is French for “the channels,” referring to the maze- like set of waterways amongst these 36 relatively tiny islands. However, successive generations mispronouncing the phrase have dumbed Les Cheneaux down to simply “the snows.”  In retrospect, not a bad name at all, if a bit baffling to the outsider.  Revelation at The Snows opens just as the Mackinac Bridge is about to have its opening ceremony, which pegs the date as Fall 1957.  Because the Mackinac county seat is, of course, in St. Ignace, George is actually just a deputy, even though the locals have christened him sherriff.

A. Jay is the pseudonym, or more properly, the nickname of 81-year-old author Audrey J. Fick. She is a recent graduate of LSSU, where she studied fiction and crime writing. Audrey has been an editor of The St. Ignace News since 2007, among her other literary accomplishments. She currently resides in Hessel, a smaller town in-between St. Ignace and Cedarville. 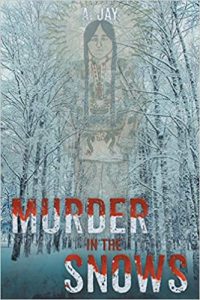 Murder in the Snows is Book #1

The first book, Murder at the Snows, which introduces the character of Mackinaw County Sheriff George, as everyone refers to him, precedes Revelation at the Snows. The author brings us up to speed very quickly, so you can begin with the second book just as easily as the first. In the first book, which takes place a full decade earlier, George’s best friend, the Native American named Two Shoes, is found lying on the winter ice of Le Chenenaux’s channels, murdered. The third installment, Marquette Island: View from the Snows – just released – will jump ahead even further to the 1970s.

The Sherriff George Kaughmann mysteries are Christian mysteries, where churchgoing is a common activity and references to the power of the Lord are scattered here and there throughout the text. However, this does not make them Cozy Mysteries, because we are thrust into the twisted mind of a psychopathic killer as he plans each conquest, as well as exposing the reader to the scenes of rape, murder and mayhem that go with it.  As such, I believe the book would be too intense for readers under the age of fifteen.  All-in-all, at least four girls around the age of thirteen are raped and murdered or left for dead. Clinical details are kept to a minimum, with even the forensic examiner’s reports employing mild euphemisms such as “private parts” to the victims’ injuries.

If you’re looking for a murder-mystery series with plenty of local color, suspense and a glimpse of the past, you just might like Revelation at the Snows and the other books in the Sheriff George Kaughmann mysteries

Comparisons immediately come to mind of other recent works, such Sheriff Delbert (“Del”) Maki in Jon Smolens’ books Out and Cold (see Marquette Monthly, August 2019) and, to some extent, St. Ignace-native Karen Dionne’s The Marsh King’s Daughter.  Each of these books features a sheriff with limited resources struggling to catch up with a cold-blooded killer in the harsh and unforgiving U.P. wilderness. Audrey Fick’s Revelation at the Snows delivers as cold a serial killer as you’re ever likely to find.  The killer, who the author refers to in the text as “the evil one,” is a masterful groomer of victims who keeps himself just involved enough in the community to preclude obvious suspicion.

Being set in the mid 1950s, when forensic science offered little more than matching blood types, Sheriff George has to work hard to winnow down his list of reclusive suspects, which include an eccentric French-Canadian trapper, a rancher who overwinters Mackinac Island horses, laconic woodsmen who are itinerant lumberjacks and a millionaire known for entertaining young women at his island mansion retreat. Although George doesn’t have a crime-solving partner, the sherriff’s office shares a building with the local paper The Weekly Wave, which is staffed primarily by George’s wife. He doesn’t have a flamboyant style like an Agatha Christie detective; if I had to name a similar protagonist, my mind goes to Sgt. Joe Friday of Dragnet.

The four murders take place over the span of about five years, just far enough apart that even linking them is a stretch, much less trying to discover a common M.O.  In time, the discovery of bodies in various poorly concealed ways – as well as a rape survivor who has become catatonic – eventually point the way to our killer’s lair.  Meanwhile, George’s own daughter is approaching the age proffered by our killer, which increases tension as the hunt for him mounts.  If you’re looking for a murder-mystery series with plenty of local color, suspense and a glimpse of the past, you just might like Revelation at the Snows and the other books in the Sheriff George Kaughmann mysteries