Home Biography / Men Poison Into Medicine: My Life in a Doomsday Cult by Brandon W. Salo

Poison Into Medicine: My Life in a Doomsday Cult by Brandon W. Salo 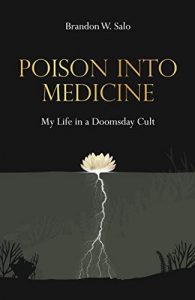 Brandon Walter Salo’s new memoir Poison Into Medicine is a tribute to the resilience of the human spirit.  A self-confessed survivor of a doomsday cult, Salo has seen more trauma in his first 29 years on this earth than any of us would hope (not) to experience in a full lifetime…and yet his spirit remains unbroken.  In his early life, he learned to both live a double-life and to persevere through any circumstance, no matter how insulting. By double-life, I mean that growing up, he had to try his best to act like a normal kid at school within the constraints of an ever tightening set of strictures imposed by the cult. Later, as an adult, he discovered solace in Buddhism – almost by mistake. Listening to Harvard lectures by jazz legend Herbie Hanock exposed him to a grace whereby he could begin to understand that all life is suffering, and we should do our best to get on with it.  He comes by Sisu  (Finnish for “moving forward no matter how futile your situation seems”) honestly; as a son of Finnish descent, this philosophy came naturally to him.

Growing up, Brandon split his time between Ishpeming and a compound of the House of Yahweh in a secluded location outside of Clyde, Texas. Yahweh is of course the Hebrew name for the biblical God. Ostensibly a far-right extremist Christian sect, the House of Yahweh adopted much Jewish nomenclature and ceremony, including the wearing of yamakas (a small, brimless skull cap) worn by Jewish people and attending a yeshiva (a Hebrew day school providing secular and religious instruction).

However, the resemblance to traditional religion ends there, because of the emphasis on polygamy, total financial submission and an intricate behavior guideline that can be best described as mind control.  During Brandon’s tenure, the laws of the cult became ever more strict and perverse, including subjugating women with burkas, the total segregation of the sexes and the taking of child brides. Echoes of other 20th century doomsday cults, such as David Koresh’s Branch Davidians, Jim Jones’ Jonestown and Heaven’s Gate all come to mind.  Although various criminal charges were brought against the elders of the House of Yahweh for such crimes as polygamy and child molestation, the leader himself was not convicted. 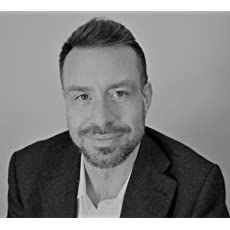 When Brandon was just five years old, his father, Dale Salo, was reeled in by the cult through a series of almost random circumstances. From then on, three times a year, they had to drive 22 hours or so to the remote compound in Texas for “feasts” that would last a week or so each. To save money on accommodations, his father eventually purchased a disused schoolbus, which could be parked on cult land for an extortionate rate. Brandon loved his time in Ishpeming, exploring the great outdoors and taking field trips with his dad to local spots, such as the Eben Ice Caves.

Brandon made good his escape just before graduating high school. In doing so, he had to break away completely from his father, which was a devastating loss. Growing up with a biological mother, Ramona, who was later diagnosed as bi-polar, Brandon relied totally on his father for emotional support and participated in the cult simply to have one functioning parent. Brandon’s stepmother, Linda, also in the cult, eventually died from cancer. Like the Christian Scientists, the House of Yahweh saw any kind of disease as a “failure of faith” and, as such, those afflicted had to endure shame as well as physical pain.  Although Ramona never entered the cult, she would commit suicide two years after Brandon’s father’s death.

Brandon’s father went all-in: he eventually signed away his pension and property to the House of Yahweh as the sole beneficiary. A few years later, he would die under mysterious circumstances—an alleged suicide, although no note was found and no one would admit to having seen him in such a state of distress that would lead him there. Returning to Texas to try to find Dale’s remaining property, amongst the gloating members of the cult, proved to be another harrowing trip.

As a young man, Brandon found solace in playing music. He seemed to have a natural talent for wind instruments and eventually settled on the piano. After meeting with a faculty member the summer after graduation, he was encouraged to apply to the School of Music at Northern Michigan University in Marquette. Discovering jazz was an epiphany for him and sparked a passion for performing that kept him alive in subsequent years. Going to college without any financial support, or even a loan, Brandon had to really scramble to make ends meet. Upon graduation, he had no particular career plan except to see the world and play music in clubs. As such, he embarked first on an audacious bicycle trip to Montreal to see if he could make a living there and, eventually, on a backpacking world tour. Brandon’s dad had taught him carpentry (among other trades) growing up so he could always find a way to fill his stomach—either through music or the trade.

In his 20s, Brandon drifted for many years until he was “adopted” by a husband and wife, who already had grown children and provided him a room to rent. It quickly became more than that, and he was able to experience a kind of loving parental environment that he never really had. This stability would help him face the enormity of losing both parents just a few years later.

Most of all, Brandon’s story teaches what it is to be human: to face incredible problems head on and, most importantly, to be able to forgive and learn compassion for our fellow humans on this earth.  As the title reflects, he truly has turned poison into medicine—the crucible of being a cult survivor has not broken him but made him into a stronger man and wise beyond his years. I would highly recommend this book to those who are seekers of truth or hoping to better themselves in any way.  It is both a cautionary and a triumphant tale of the human experience.

You can learn more about Brandon on his blog.